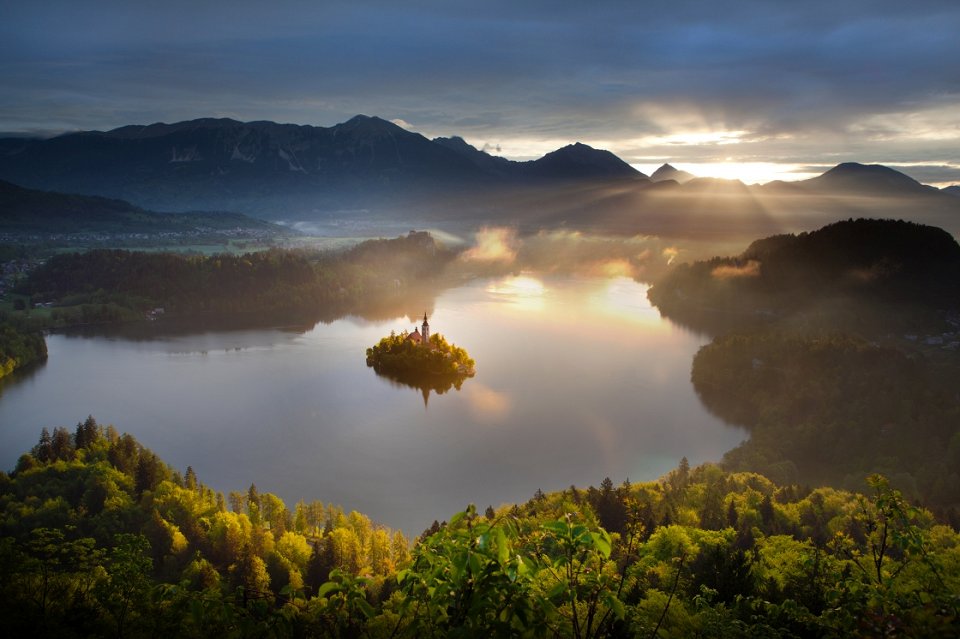 Bled is known worldwide for its stunning natural beauty but not everyone knows that its cultural heritage is equally compelling. The main cultural monuments include the religious heritage of the Bled Island, which local people have viewed as a sacred place for millennia, or Bled Castle, centuries-old sentinel perched on the rock above the lake.

The nature of Bled will take your breath away, but its cultural heritage will encourage you to look deeper into the soul and spirit of the people who lived in this amazing place centuries (and millennia) ago. Archaeological findings tell us that the first settlers were living in this area as early as the Stone Age (Read more). The first Slavic hamlets rose in the area in the 7th century AD. Historically, the most important year for Bled was 1004, when Henry II, King of Germany, ceded ownership of the Bled estate between the Sava Bohinjka and Sava Dolinka rivers to Bishop Albuin of Brixen.

Goddess Živa and the Legend of the Sunken Bell 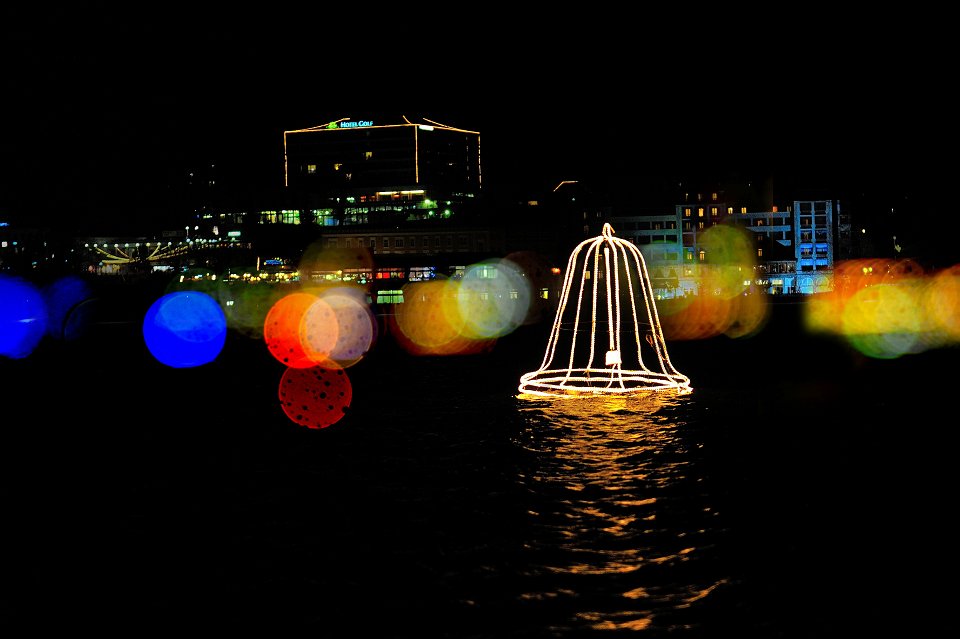 For our pagan ancestors, the Bled Island was a sacred place where they built a temple consecrated to Živa, the Slavic goddess of fertility and life. The old Slavic temple eventually gave way to a church dedicated to Mary, Mother of God on the lake. The church is at the heart of the famous legend of the sunken bell, which is reenacted every year on Christmas Day.

Bled's rich and diverse history has been the foundation and inspiration for the area's spiritual, artistic and cultural development. The beaty of Bled has inspired many painters, and some of the most impressive depictions are kept at the National Gallery in Ljubljana. Moreover, Bled is one of the stations on the Impressionist Route, the Cultural Route of the Council of Europe (Read more).

»Idyllic scenes of the lake, the island with the Church of the Mother of God, Bled Castle and Mt. Stol in the background have become so familiar that we do not wonder why and how they became so prevalent. Many artists came to Bled and in its surroundings and their work was linked to the contemporary artistic, scientific and social developments. In the first half of the 19th century, the artists drew parallels between nature and human emotions. Growing interest for the natural world was also fuelled by scientific progress, easier travels, tourism and local studies. Mountains also became an independent motif that spread due to mountaineering and national identifications with landscape. Photography and postcards further popularised Bled motifs. The traditional motif remains widespread since it merges cultural and natural heritage. Artists and advertisers effectively linked the place with folk costumes and music of Gorenjska into a trio that since the 1960s has functioned as a trademark of the entire Slovenia,« wroite the National Gallery.« (Source) 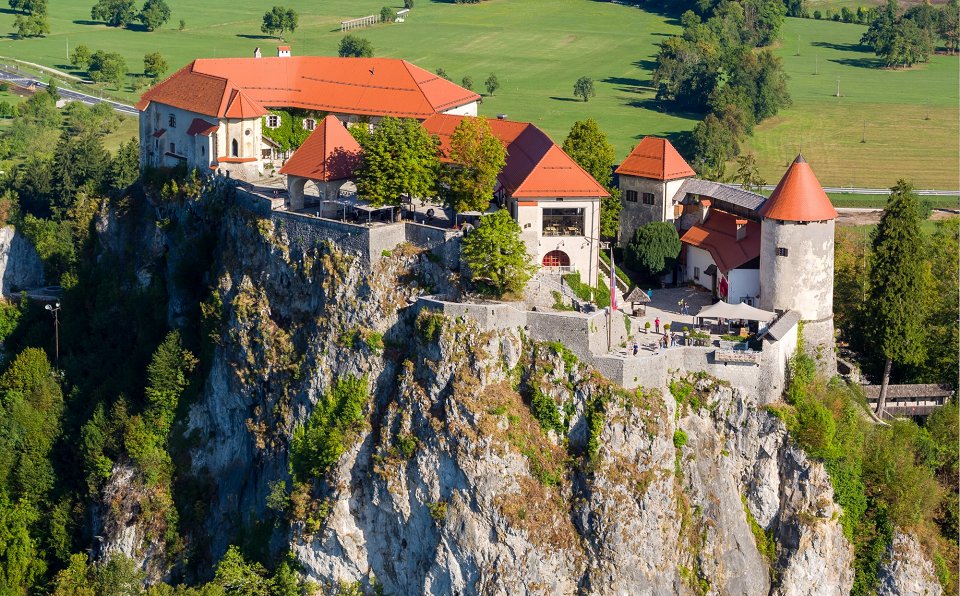 Bled Castle has always been the watchful sentinel of the town, and today it safeguards the historical memory and rich cultural heritage.

The museum in the Baroque wing of the castle complex takes visitors through Bled's varied history from the early settlers to the present day. The castle's furniture illustrates settlement culture through the ages.

The Bird of Paradise – a 6th century find

A showcase in the castle museum displays one of the most beautiful 6th century finds -  a peacock-shaped fibula (piece of women's jewelry) that was excavated at the Pristava site below Bled Castle. The peacock is said to adorn the Garden of Eden and is also known as the bird of paradise and a symbol of life and properity. 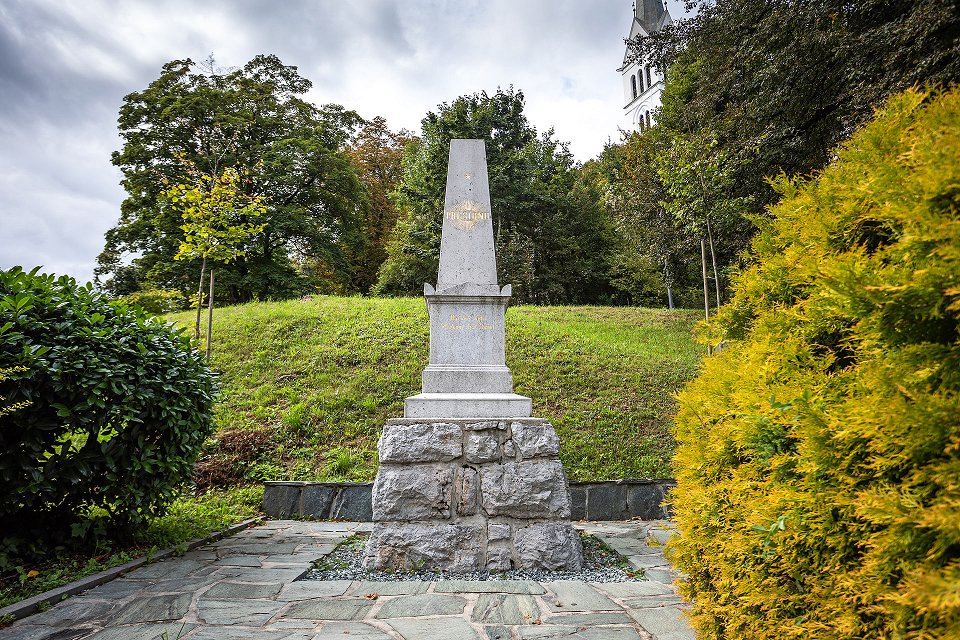 Apart from painters, Bled's allure was also irresistible to many Slovenian poets and novelists. Perhaps the most notable piece of literature that mentions Bled is France Prešeren's Baptism at the Savica, which contains the famed verse: 'No, Carniola has no prettier scene than this, resembling paradise serene.' Through time, the words 'image of paradise' or 'imago paradisi' have become nearly synonymous with Bled and part of its trademark Bled – Imago paradisi.

Bled also boasts the oldest secular monument to Dr. France Prešeren, Slovenia's greatest poet. It was set up in 1883 by the literary club from Ljubljana. The monument bears a verse from Prešeren's poem, Baptism at the Savica:

Most of this world belongs to Slavdom’s races;
We’ll find a path to where each blood relation
its trust in faith and justice freely places.

In contemporary literature, Bled appears in the worlds of Slovenia's finest authors, from poet Boris A. Novak to the novelist Brina Svit.

Bled as a venue for major cultural events

Bled is the cradle of Slovenian Pop Song, in the 1960s it hosted the Yugoslavian Jazz Festival, and today it is an acclaimed festival venue for folk music (Okarina), classical music and jazz (Festival Bled), saxophone music (AS), and many more. The PEN International Writers' Meetings in Bled have already become legendary…

All the above require further study and dicussion, and will be the topics of our future posts. The first blog in February is, also because of the Slovenian Culture Day, just a beginning.