The Bohinj Railway Line, or Transalpina, is one of the most picturesque railway lines in this part of Europe, and one of the most expensive, at least when it was built, says a connoisseur of Bled history, mayor Janez Fajfar.

Sustainable mobility is a cornerstone of any modern local community development programs. Bled is no exception. It is a fact that travelling by car is generally considered more convenient although the environment would thank us if we used the public transport available a bit more often. 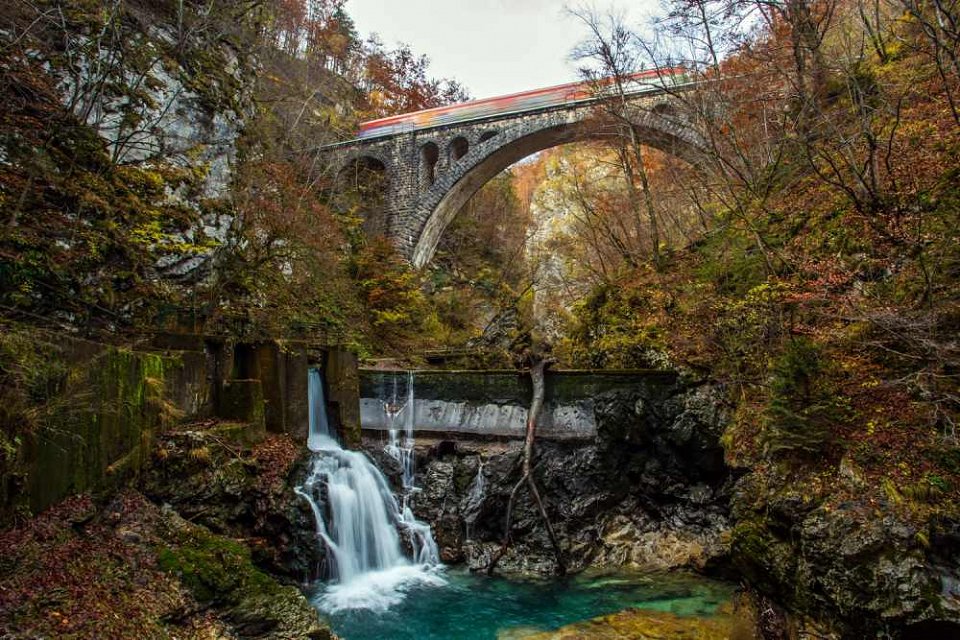 Such a solution would benefit all towns and cities along the line, since Jesenice as well as Bled and Bohinj have repeatedly stressed that the line is underutilized and should be more actively promoted for also tourist purposes.

The Bohinj Railway passes through five galleries and over 65 bridges. The Bohinj tunnel is more than six kilometres long and it comes as no surprise that at the time of construction, the Bohinj Railway was one of the costliest railway lines built. In 1906 the opening of the line was attended by crown prince Franz Ferdinand. 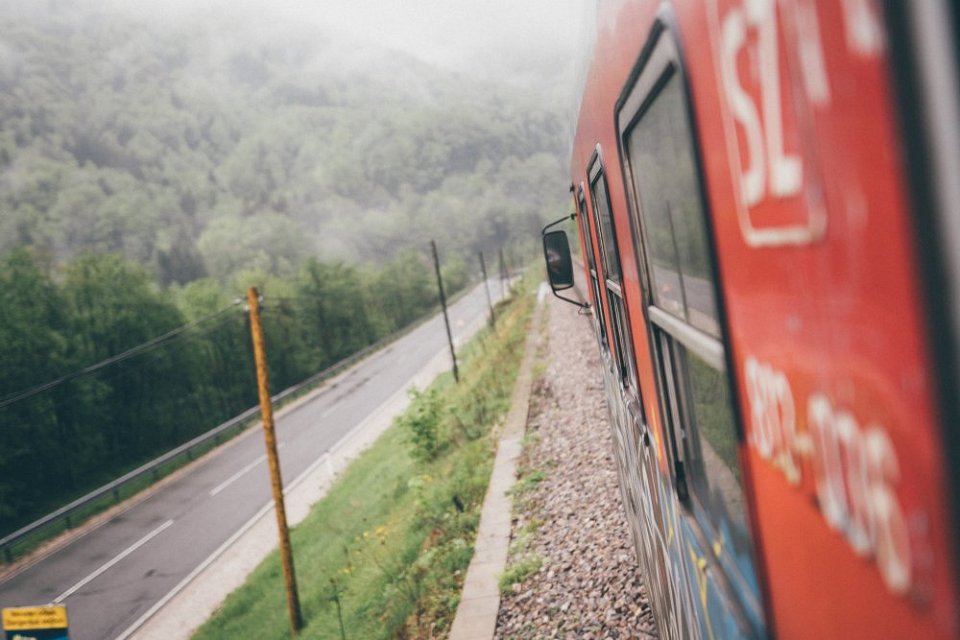 Bled's tourism tradition is long and varied. Indeed, it was awarded a gold medal and a special recognition at a spa exhibition held in Vienna 1903. In 1906 Bled was recognized as a tourist resort and an important 'tourist destination'. When the railway line opened, tourism began to boom. Naturally, the two world wars left their marks on the line but it always resumed operation. During the First World War, the stunning bridge at Solkan was destroyed, and in the Second World War the portal of the Bohinj tunnel was blown up by the Germans, which caused the line to cease operation. After the Second World War the tunnel was rebuilt, and when its link to the Italian Gorizia is reestablished its role will strengthen further.

In 1906 the 'iron road' brought unforeseeable opportunities for tourism growth. Bled and Bohinj soon became very popular with tourists from Central Europe. In the early 20th century, a special 'sports' train ran between Trieste and Bohinj.

Before the Bohinj Railway, the development of tourism in Bled relied heavily upon the railway route between Ljubljana and Trbiž, which was built in 1870. The main station for Bled was in Lesce, and was aptly called the Lesce – Bled Station. Soon after the completion of the line, Bled set up an Embellishment Committee, which was the predecessor of today's Tourist Association. The railway lines to Bohinj and to Ljubljana demonstrate the importance of transport connections for the development of any commercial activity, tourism or otherwise. 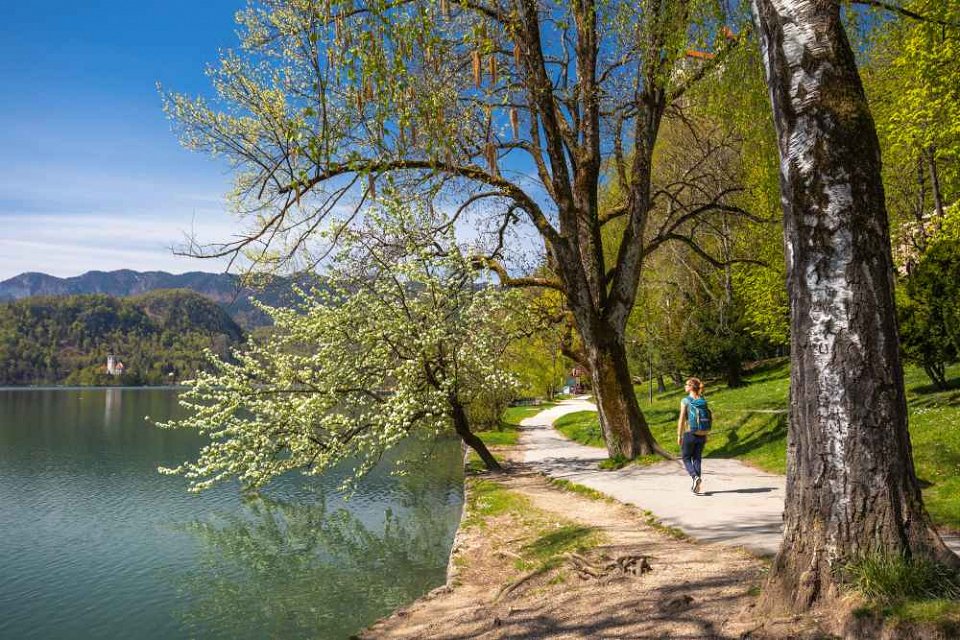 Today sustainable mobility in Bled is much more than just a train ride. Public bus routes run every 30 minutes via Lesce or directly from Bled to Ljubljana. There are several sustainable options available for those who wish to move in and around Bled – local bus service, bike, or walking. Marked walkways and cycle routes, some of them still under construction, are further proof that future looks bright for this branch of mobility. Sustainable mobility is also one of the main components of the new development program of the Bled municipality. 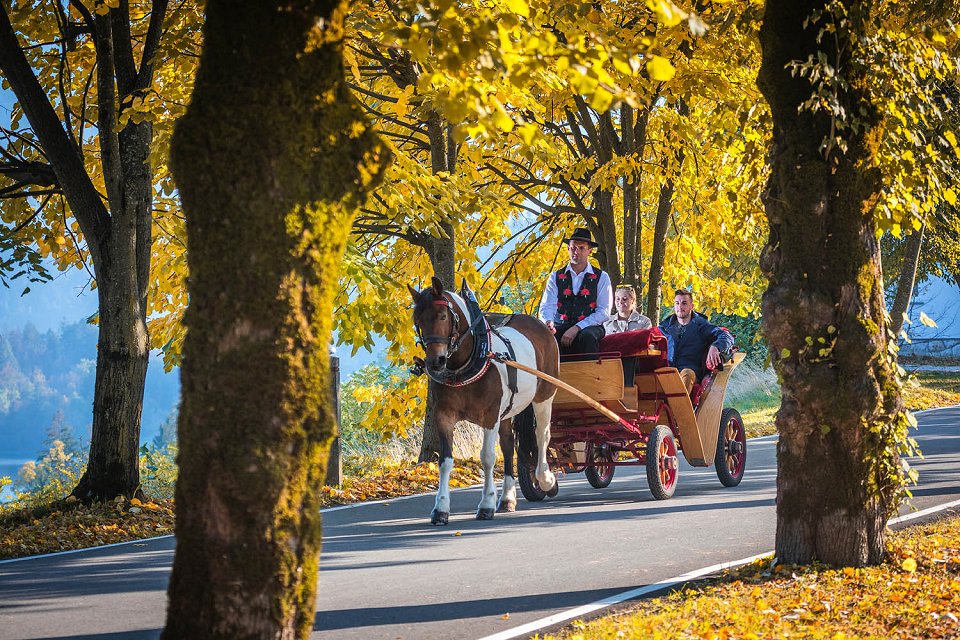 Did you know that Bled's tradition of sustainable mobility spans more than one hundred years? The pletna boatmen and fijakers, or coachmen, were Bled's first transportation providers and their services are still in high demand. It is hard to imagine a ride to the Bled Island without a pletna boat. The boating tradition on the lake dates back to the Middle Ages, when boats were used to supply the chapter church on the island and take pilgrims to their destination. It is interesting that the first official price list dates back to 1907, a year which is considered to be extremely important for the development of Bled tourism. According to records, the first pletna boat was made in the village Mlino in 1902.

The fijakers have also been around for a very long time, and with the pletna boatmen they are the proud pillars of centuries' old sustainable mobility tradition in Bled …

Sustainable ways of moving in and around Bled are presented in digital media, and for all other forms of transportation click here. My preferred way of getting around in Bled is – walking! And don't forget when you start that walk around the lake, make sure your heart is facing away from the water!